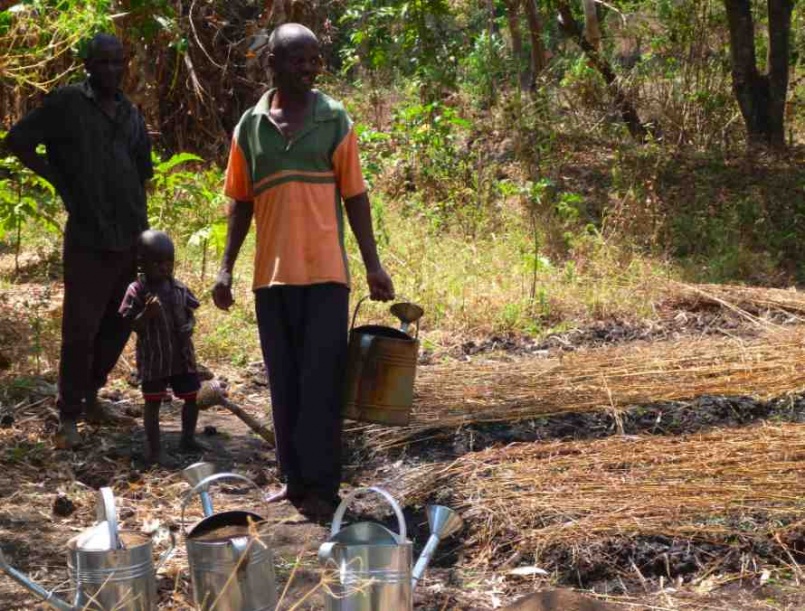 Willard Gardosa has been managing about an acre of land for staple food, for two years. Since joining Climate Smart Agriculture, he has diversified from maize to interplanting beans, mustard leaves and sugar cane. Onions are also popular as they are not so perishable as other crops and so he can wait for them to get a good price at the market. CSA has come at an opportune time. Last year Willard made 800k MK from tobacco (about $1900) from his other fields. At the recent auctions, his revenues dropped to 300k MK ($720), mainly due to a price drop on international markets.

Farmers like Willard have often developed a dangerous addiction to tobacco, as has Malawi for its foreign exchange revenues. Malawi is the world's most tobacco dependent economy, and in 2010 it was the world's leading producer of burley leaf tobacco, which is found in blends of common cigarettes such as Camel and Marlboro brands.

Companies including Japanese Tobacco Industry have an extensive presence in farming areas such as Dowa, where Willard farms, and they work closely with smallholders to specify rigorous planting, growing and harvesting practices. Significant land, water and labour are used for seedling production and growth of the leaf, and trees are felled for firing drying sheds. Farmers often take loans to buy the required seeds, fertilizers and pesticides, which can prove difficult to pay back, particularly when global prices drop.

Tobacco is not a crop to rely on in a changing climate. In the extensive floods of 2002, prompting a state of national emergency, Malawi experienced extreme food shortages resulting in famine and starvation. Much of the land was planted with tobacco, whose yields suffered too. Shifting rainfall patterns in 2010 led to reduced yields then too.

Reliance on foreign exchange for such a needy crop as tobacco, with its highly temperamental markets is a dangerous strategy.